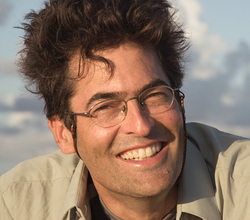 Chris Jordan Photographic Artisit
“The purpose of a mind-changing encounter is not to articulate your own point of view but rather to engage the psyche of the other person” (Gardner, 2006, p. 163). Engaging other peoples minds through extraordinary visuals is exactly what Seattle based artist Chris Jordan has done for those lucky enough to experience his work. It is one thing to say “American’s are wasteful!” an entirely different thing to see it's magnitude up close!

Chris Jordan is known for his large-scale art work beautifully depicting mass consumption and waste, in particular garbage. He uses things we get rid of every hour of every day. Chris has mastered concealing these every day objects like plastic bags, cans, car keys, Barbie dolls, credit cards and light bulbs into an image unrelated to the every day item and until the viewer gets a closer look the item used is not evident.  Nevertheless, once you see the magnitude illustrated in his work you will never ever be the same! 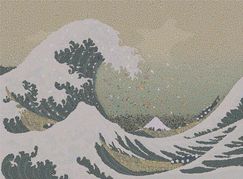 The awesome thing is that Jordan’s art help people see concepts that are often very difficult for people to grasp and visualize. When we do, through his art, are psyche is truly engaged and we truly get the immensity of our consumptive disease. For example, take a look at his painting called Gyre, instead of paint, the image and the colors are made up of 2.4 million pieces of plastic which is the estimated number of pounds of plastic that enter the worlds oceans every hour! To really grasp the detail of the image play the slide show: Chris Jordan's 'Gyre' 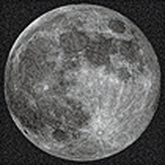 If that didn’t impress you take a peek at Chris Jordan’s Running the Numbers: An American Self Portrait exhibit and you will be astonished at the unwanted, discarded waste American’s produce.  It is entirely possible that you will also be moved to consider other more sustainable approaches, to compromise and to rethink the American position of consume and waste.

Jordan’s Moon depicts 29,000 credit cards, equal to the average number of personal bankruptcy filings every week in the US in 2010. 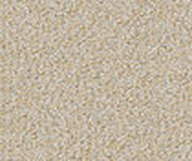 Jordan’s Plastic Bags Depicts 60,000 plastic bags, the number used in the US every five seconds.

Truly none of these images make the impression they are meant to without being able to see each one up close. Take a look at the exhibit yourself. The images and what they are made of will boggle your mind!
Chris Jordan - Running the Numbers
Reference:
Gardner, H., (2006). Changing Minds – The Art and Science of Changing Our Own and Other People’s Minds. Boston, MA: Harvard Business School Press